Civil War Should No Longer Be Mississippi’s Defining Moment 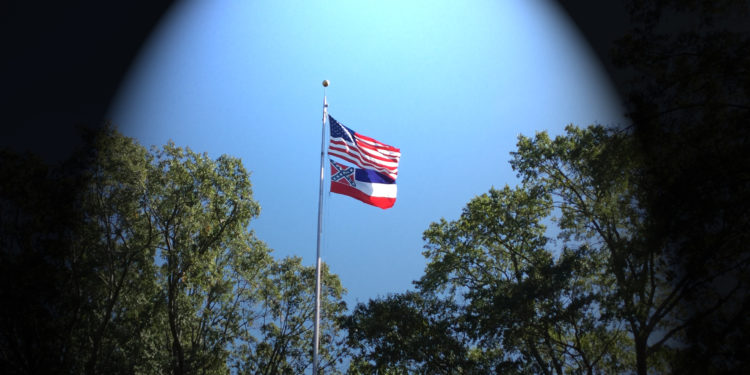 As the debate about retiring the Mississippi flag featuring the Confederate emblem used by hate groups continues, I wanted to share a story from history I recently discovered.

Once upon a time, there was a man who became a great leader of a town with a population of about 6,000 residents who adopted the sun as their town symbol. They were so fond of the sun, they kept a perpetual fire burning in the town’s central building.

While the town leader dealt mostly with civil issues, his brother was in charge of war, peace and diplomacy.

Interestingly, the people of this unique town knew many medical secrets others did not. By using some of their own natural inventions, they had cured visitors in a few days with knowledge that “more sophisticated” physicians from richer countries abroad had not learned. Yet, when the brother of the town leader contracted distemper, they could not save him.

When he died, the leader was so inconsolable he wanted to follow his brother to the grave, and he ordered that all of the flames that represented the sun be extinguished to symbolize his grief.

At the funeral, the brother was dressed in his finest clothes, and a pole was placed near him featuring a chain of 46 rings, one for each of the enemies he had killed in battle.

The citizens believed that sacrifice was a great honor, so when one of their leaders died, some chose to follow them. Two of the brother’s wives, one of his sisters, a soldier, his doctor, a servant, the servant’s wife, his nurse, and a craftsman all chose to sacrifice their lives and follow the noble brother into the afterlife.

The master of ceremonies wore a red feathered crown and carried a black staff shaped like a cross featuring a garland of black feathers, and the upper part of his body was painted red.

This is a Mississippi story.

The details of the Tattooed Serpent’s funeral were chronicled by his close friend, Frenchmen Antoine-Simon Le Page du Pratz, who wrote a memoir about his years in Louisiana and Mississippi called: The History of Louisiana, or Histoire de la Louisiane.

He lived in Natchez from 1718-1734 and was one colonists who sailed from France to the area. Perhaps we would have never known about these events if he had not forged a close friendship with the Natchez people, who spoke their own language, and written his observations down in English.

The Great Sun, the Tattooed Serpent and their people were Mississippians long before the colonists arrived.

It’s a story I found fascinating, and thought others would too. Thanks to Google, you can read Le Page du Pratz’s book and account online. It’s amazing how much rich Mississippi history exists that we know nothing about.

This is just one of many interesting historical stories I stumbled across this week while pondering why Mississippians have allowed the Civil War to be the one historical event that defines our state.

Like the Natchez people revered the sun as the focus of their world and village, I was not certain why some Mississippians have revered the Civil War, adopting it a centerpiece.

The idea provoked a few questions. Why is the Civil War our brand? Why have we exalted the war and decided it should be the most important one in Mississippi’s past that defines who we are to the rest of the world in our banner?

Those questions led me to statistically research the war, and here are a few thoughts.

While many around the nation are debating whether or not to remove Civil War statues and iconography, I think we should be thoughtful about what we choose to keep and eliminate. There are important places, markers and buildings throughout Mississippi and the South that historically explain where Civil War battles happened and remember those who died, even if some feel the soldiers were not on the right side of history.

Thanks to websites like Ancestry.com, many history buffs can identify a specific person who fought in the Civil War and learn about history through these people, even if they don’t approve of their cause.

The enormity of the Civil War should also be realized. While it was fought for only four years between 1861 and 1865, according to the American Battlefield Trust website, more men died in the Civil War than any other war, around 620,000 people. That is almost as many American soldiers who have died in all other combined wars in which America has fought.

In Mississippi, the Battlefield site says about 8,000 Mississippians lost their lives in the Civil War, but many more soldiers died on Mississippi soil. Almost 20,000 people were killed at the Battle of Vicksburg alone, and more than 20,000 died at Shiloh.

Nearly the entire student body of the University of Mississippi – 135 out 139 – of the “University Greys” were casualties in Pickett’s Charge.

There are some who say we should not erase history, and I agree that it is not wise to expunge every element of this war’s complicated past. The Civil War should not be forgotten or erased, but it also should not be the focal point of our state.

We have the opportunity to redefine our state and adopt a new flag that will not potentially offend more than 50 percent of our residents. The current flag is dejecting for Mississippi culturally, but it is potentially devastating for tourism, business and the economy. These are things we should thoughtfully consider. The Civil War is no longer suitable as a brand, and many of us will continue to question it as such.

One question is why, in 2020, – a year that many imagined as technologically sophisticated and socially progressive – are Mississippi citizens expected to make a specific war that the South lost more than 150 years ago the focal point of the state.

We’ve had several important wars since then that remain in the shadows of the Civil War, yet some cling to this specific war as part of their heritage.

All wars are part of our heritage, including the battles that the Natchez people fought, but they do not singularly define us as a people.

The Civil War divided the United States, but it should no longer be allowed to divide Mississippians. Mississippi’s past and present is much richer than one specific war in American history, and the state shouldn’t bear the burden of having its modern identity tied to it.