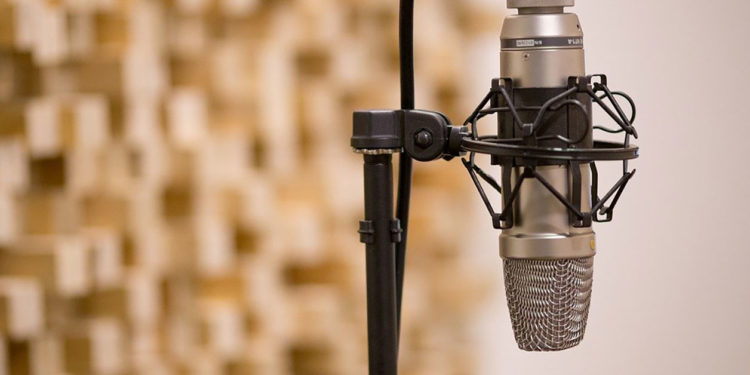 If you have ever listened to Atlanta radio, you know WSB. One of the biggest stations in the city and the Southeast has been home to big personalities, such as Neil Bortz and Sean Hannity.

A name you may recognize as a staple of Atlanta radio is Sabrina Cupit. When she started at WSB in 1993, she was known as Sabrina Gibbons, news anchor and health reporter, broadcast at the top and bottom half of the hour reciting the news of the day.

What many do not know is her journey to success.

Cupit is the middle child in a family of five who lived in rural Jefferson, Georgia about a 15-minute drive from nearby Athens. The family struggled to get by living paycheck to paycheck.

“My father was a brick mason and musician,” she said. “My mother worked on and off when I was growing up. Growing up in rural Georgia? It was different. I don’t think education is a top priority when you’re just trying to survive.”

Cupit got her first job at age of 15 at a local radio station as an overnight disk jockey for Q105 in Athens.

“Mom would have to drive me to work because I wasn’t old enough to drive,” she said. “I got the job just by walking in and asking if they had any openings. They asked me to read a commercial, then asked when I could start … I went to work that weekend.”

Cupit said finding a job at 15 was a necessity, but she was determined to get into radio.

“Yeah, our family was poor, so I knew I had to work, and I wanted to,” she said. “It’s funny, when you’re young, you think anything is possible, so I never thought about failing.”

Cupit’s husband, Chris, said she was determined to make it out of her small town.

“She would admit she was always trying to escape,” he said. “Poverty is devastating to one’s spirit too. She was determined not to let it keep her in that same condition. She will always know what it feels like to not know for certain that things will always be available.”

After two weeks of working at Q105, Cupit was told she was “too young and should get some more experience,” after a change in station managers.

However, she was not deterred. She went to the next available station and was hired. She started the next day working afternoons after school.

She bounced around several different radio stations before taking a job at B98.5 FM in Atlanta and began working at CNN as an anchor.

“I worked seven days a week when I was younger, and some nights I didn’t sleep,” she said. “I went from radio to TV. One night at CNN, I realized I couldn’t read the prompter because I was so tired.”

Cupit, who lacks a college diploma, worked her way to the top of the media world.

“I got married at 19 and tried to go up to college,” she said. “I was working full-time and paying for it myself, so I never finished… I do regret that a little because I feel like it could have helped me in my career, and I crave knowledge.”

Cupit’s longtime friend, whom she met while living in Athens, Lesa Parrott, said she and Cupit had similar upbringings.

“I think some kids when they are raised in a small town, they can’t wait to get out and ‘rise above,'” Parrott said. “Sabrina and I both were obviously determined to do that.”

Parrott, who resides in Charleston, South Carolina now, said one quality in Cupit that has kept her on course is how goal-oriented she is and her d

evotion to her son. Cupit was a single mother with a newborn child in 1999 while working at CNN.

Cupit has won many awards in her time and was nominated for induction into the Georgia Radio Hall of Fame, but to her, the best accomplishments have nothing to do with her work.

Cupit regularly visits her family in Jefferson and is confronted with feelings that many of us face.

“She loves her family, but there is shame and embarrassment too,” her husband, Chris, said. “Not at them per se, but at their situation and inability to escape it. It angers her that they seem to accept it, and yet she wishes she had their peace and ability to be content with what they do have. Like all of us, she is full of conflicting emotions.”

This column was written by Cupit’s son, Grant Gibbons.

Living Life on a Houseboat in the ...