A place close to my heart is Tupelo for many reason, but mainly because my grandparents have lived there as long as I can remember and because that was the place I longed to be every weekend and every summer.

Tupelo is known for many things, but one is the birthplace of Elvis Presley, who lived there several years until he became famous and moved to Memphis. His house still stands two blocks from its original location in East Tupelo.

He bought his first guitar from Tupelo Hardware, and the store still exists in the same location. He frequented Johnnie’s Drive-In many times even after he moved. And there is an Elvis festival every year. Many travel to the city for this event from all over the world. Elvis continues to have dedicated fans.

In Tupelo, you can find a chapel, a memorial grave site for Elvis and his family, several things named after him, such as the city pool and streets, and six foot guitars placed strategically around the city.

You will also find diners and drive-up locations that were around before Elvis was born and are still open with memorabilia scattered around.

At the Elvis festival each year, there is a contest for the best Elvis impersonator who competes in Memphis and around the United States. This might seem like a funny thing to do, but is actually very popular. Many men compete to be the best, and some are pretty convincing.

Some may not know Elvis had a twin who died shortly after birth. Originally, the twin was buried in the backyard of his home in East Tupelo.

How do I know this?

My grandmother and my great-grandmother helped deliver Elvis and his twin brother and, unfortunately, helped bury Elvis’ twin.

I have heard the story about the birth of Elvis many times and the unfortunate circumstances surrounding his brother. My grandmother went into every little detail of the days leading up to the birth and the days following.

She also told me wonderful stories about Elvis in his youth and his mischievous ways. She also spoke of his teenage years and that he was a handsome and well mannered boy. She became most excited detailing the trips he made to Tupelo after his fame to specifically visit my great-grandmother and herself. 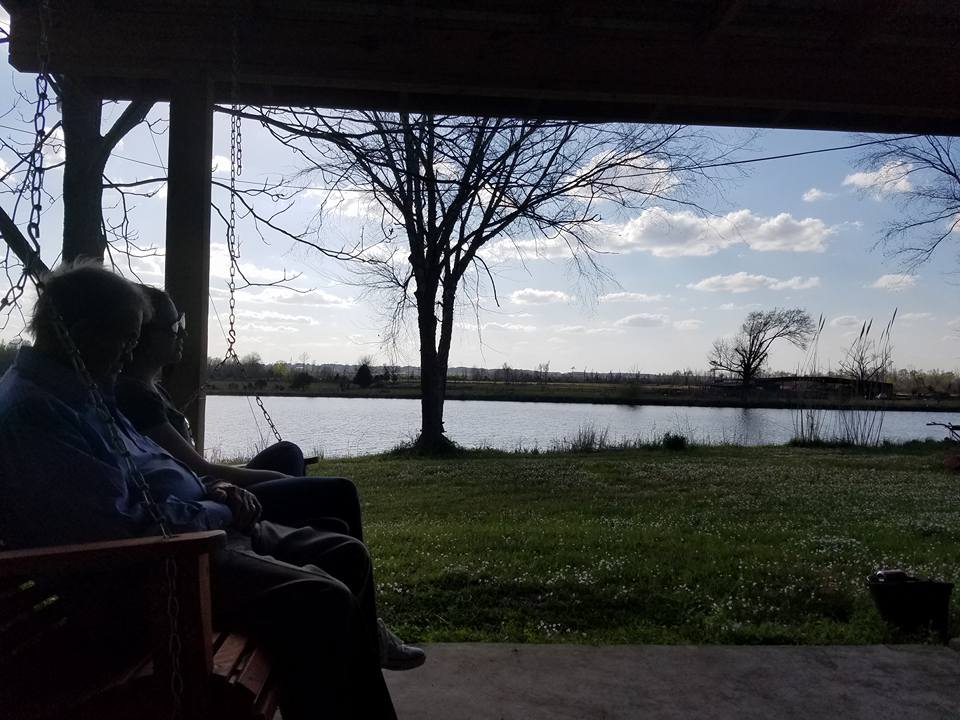 It was always so exciting to hear her stories. I listened intently like I hadn’t heard them before, and I randomly picked up on a new detail I hadn’t noticed many times before.

My grandmother had a way with words, and her stories were the best. I remember in the early 1990s, a new stamp was released with Elvis’ face on them, and if you sent them through the post office by a certain date, they had musical notes and an outline of Graceland instead of the normal lines and circle with dates and such.

I was still young, but I remember so vividly my grandmother wanting as many as she could get her hands on to keep and pass down to me.

My memories of Elvis, although he died the year before I was born, will always be seen through my grandmother’s eyes and how she held a special place for him in her heart. No amount of bad press or nasty rumors would diminish her love and admiration for a man she saw come into this world, grow into a great young man, and eventually have the title King of Rock and Roll.

Although my grandmother is no longer with us, I’m often reminded when I visit my grandfather of the life she must have led and the memories I didn’t know to ask about. I am thankful every day for the ones she did share, especially those about Elvis’.

I can sometimes imagine being there when he was born and those many visits to Tupelo. I was fortunate to share this with my grandmother and great-grandmother.

Tupelo is a great place to visit for many reasons, but Elvis does put a special touch on the location. You can find memorials to him in many places, but East Tupelo is the core of who Elvis was and continues to be for many fans and locals alike.

My Family Adventure on the California Coast