My Adventure Through Greece With Lead Abroad 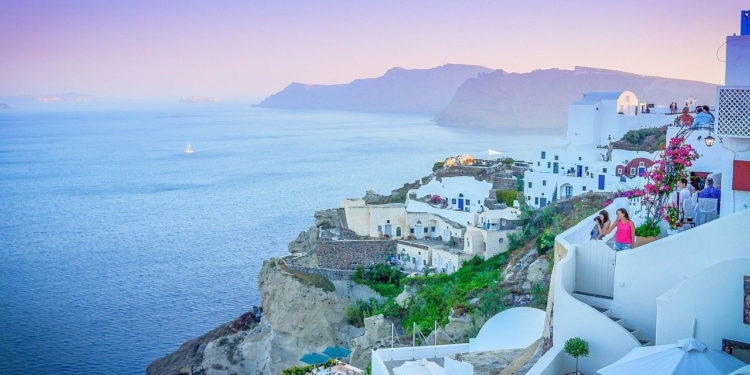 My best friend and I were headed to the most gorgeous place in the world – Greece. We sprinted with the biggest smile on our faces in the middle of the JFK airport. Not knowing another soul around us, we headed to meet the leaders and other students of Lead Abroad at the gate.

Boarding the plane with the most intense happiness, I did not look back even once. Little did we know we were about to begin a once in a lifetime journey.

Our first stop was the beautiful city of Athens. Instantly, Lindsey and I met so many people in our Lead Abroad group, but we made sure to stick together at all times. With very little down time, we immediately began exploring the historical side of Corinth and jumping off the Corinth Canal.

Well, I should say I watched people jump off the Corinth Canal… as for me, videoing people on the bridge was enough.

I spent early mornings taking walks along the streets of the industrialist city before class began. Classes were not difficult, especially since they met only two or three times a week. 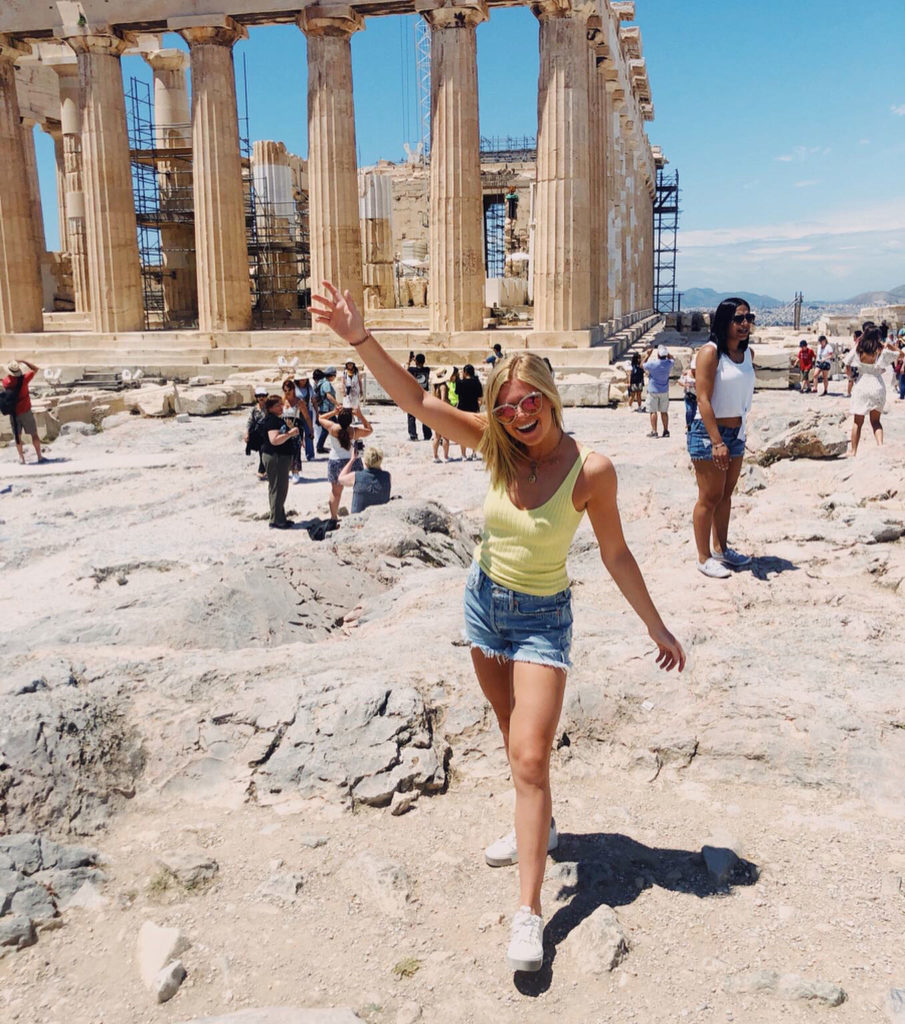 They involved self reflection discussions and learning about how to be better versions of ourselves. In our downtime, my friends and I went shopping, because you simply could not resist shopping in Greece.

We went to the most amazing places to eat and spent our afternoons at the beach club right down the street from our hotel.

While staying in Athens, we also walked up the famous Acropolis. Hundreds of people surrounded us from all over to see this incredible view of the city.

We walked the streets in the city of Plaka, which was only about 30 minutes from Athens, watched the sunset at a mountain top restaurant, and did service work in the more run down areas of Athens. Then we were ready to see what Santorini had in store for us.

Two weeks into the trip and after our eight-hour ferry ride, we finally arrived in the stunning city of Santorini – what everyone had been waiting for. It looked exactly like the pictures. The dinner views were irresistibly stunning.

The next adventure was hiking a volcano and swimming in hot springs. With full sweat and tears of the Aegean Sea, this was one solid day. Crepes for breakfast, fruit bowls on the black sand beach, staying out till three in the morning at our favorite venue, Murphy’s and a beautiful place full of blue and white, we felt on top of the world.

One of the last days in Santorini included a day-long Catamaran ride that I had been waiting for. As we rode around in the deep blue sea, bonding with our new friends and laying in the burning sun, we made it official that it was one of the best days so far on the trip. There was not a worry in the world. The trip was nearing an end as we realized we only had a little over a week left. Last stop was Crete.

As we arrived around dinner time, my friends and I ate at a restaurant near our village. Everyone was so nice and giving. Everywhere we ate, the waiters were consistently giving us free tapas, desserts or drinks out of kindness. We were starting to become locals.

Then Lead Abroad was going to conquer the 11-mile hike in the Samaria Gorge. After hours riding in the bus on the way to the top, we were ready to complete this hike in approximately four hours or more.

Lindsey and I got going fairly quickly and did lots of sightseeing as we were in the middle of two large pieces of land. Never have I ever felt so accomplished after that long and exhausting hike.

Crete was one of the hotter places we temporarily lived. It is known for having the most beautiful beaches in all of Greece. Therefore, most days involved going to a couple of different beaches with luxurious service, getting a couples massage, relaxing at the Palm Beach Club and eating lots of pasta.

On one of the last days in Crete, we drove three hours to one of the prettiest beaches in the country. We met friends staying at a house at the top of the insane mountain rise. Their house had the craziest view of the whole beach with an outdoor pool running off the cliff. Our day definitely took a turn.

Crete was low key and friendly, which is what I needed as the last week of my journey had come around. The coolest adventure of my life flew by in a second.

Greece was everything I could’ve imagined. With neverending gelato, donkeys casually walking around Santorini, and the experience of a different culture made my trip a great experience.

I recommend this trip to anyone who loves adventure, taking risks and studying abroad. I learned more about myself than I ever knew I could. I learned to become a better version of myself.

From Italy to Memorable Mardi Gras