Experience Fun Above and Below in Chicago 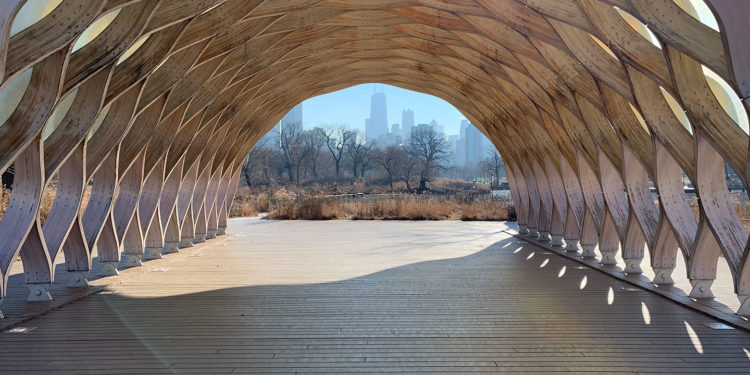 When you think of Chicago, for many, it’s three things – delicious pizza, a beautiful skyline, and people hustling and bustling through city streets.

Chicago is one of my favorite cities to visit and adventure through. However, I’ve found myself wanting to know more about the city to fully understand what life looks like for local Chi-Town residents. Over the past few years, I’ve found three hidden gems.

First up – delicious pizza. When people visit Chicago, they think of delicious deep-dish pizza smothered in cheese, and who’s to blame them? While everyone loves a good deep-dish pizza, there is a hidden gem in Lincoln Park called the Chicago Pizza and Oven Grinder Company.

Home to the “pizza pot pie,” the Oven Grinder brings in thousands of locals and tourists every month to indulge in their unique recipe – a pizza pot pie.

It’s made from scratch and filled with delicious meat and sauce. The outer layer is formed by a bowl-shaped crust, covered in olive oil. To top it off perfectly, the dish is coated in a thick layer of different types of cheese.

Chicago is well-known all around the world for its pizza. The Oven Grinder has put a brilliant spin on the dish, and everyone is absolutely loving it. It really is as delicious as it sounds. Don’t believe me? You must go try it yourself.

The second thing you may think of when it comes to Chicago is the beautiful skyline. It’s no surprise big cities are known for their captivating views, but Chicago is like no other city.

When you consider skyline photos, you probably picture the view from a roof top or elevated surface. However, Tucked away in Lincoln Park Zoo, you’ll find the pavilion on the nature boardwalk. Though it might contradict itself, the pavilion has become one of the most well-known Instagram-worthy spots to capture the beauty of the Chicago skyline.

While strolling through the zoo, people love stopping to view Chicago’s skyline through this uniquely beautiful structure on flat ground. I’m not surprised – the Chicago skyline is beautiful from every point of view.

Lastly, when thinking about a big city like Chicago, people can’t look past the insane amount of hustle and bustle. No matter where you look, you’re surrounded by people rushing to and from work, out to a party with friends, or shopping on their favorite street.

However, there is a hidden gem called the Chicago Pedway. Some locals aren’t even aware it exists, but it’s a life-saver for some individuals.

As a network of underground tunnels (no, it’s not as scary as it sounds) running through many businesses and train stations, the Chicago Pedway is a way for individuals to get through the city while avoiding thousands of people.

During the winter, it’s a warm way to get to work. During the summer, you can cool off with an air-conditioned route to work.

The Chicago Pedway continues to surprise both locals and tourists. There is now a Chicago Pedway tour during which groups of individuals can learn more about the history and lifestyle of the pedway. Though a few other large cities have pedways, many of them are not used to their best ability like the one in Chicago.

You can find many coffee shops, vintage stores, art museums, and more. No matter how many times I visit Chicago, I always find something new. The city is truly something spectacular and a place I believe everyone should visit at some point.

Have a Wicked Time on Florida’s Amelia ...