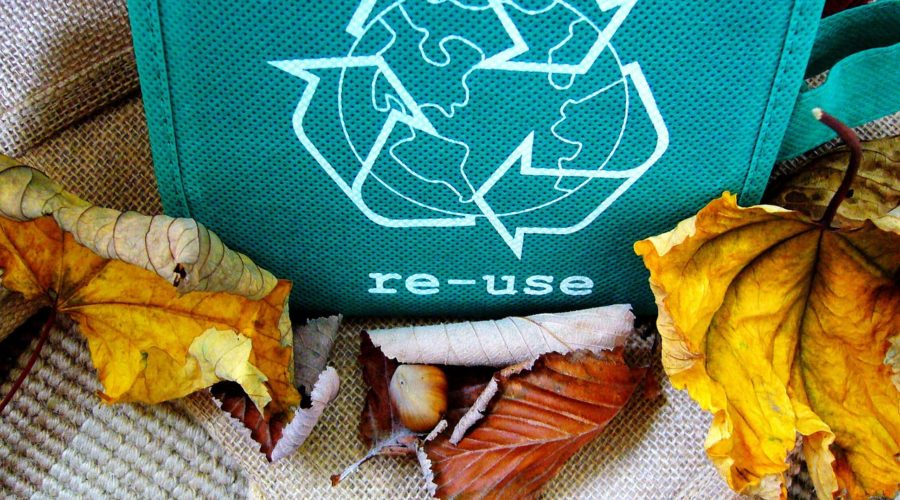 For years, Americans have been wasteful and failed to take care of the planet we call home. After understanding the complicity of wastefulness, it became evident to me that Americans have to make a change.

The United States is only home to four percent of the world’s population, but we collectively produce more than 30 percent of the planet’s total waste. This absurd fact should be an indication of our excessive living.

Due to my unawareness, I contributed no effort towards trying to eliminate waste or make environmentally conscious decisions. From my perception, after the trash left my house in a garbage truck, it was gone forever. That is all I knew.

I have since realized that my ignorance is a result of my conservative upbringing. As a Southern-raised child in the upper middle class, my family never seemed to acknowledge the impact our decisions have on the environment. We recycled cans for the Humane Society, but that was about the extent of our recycling habits.

Starting in August, one of my roommates introduced me to recycling. I had no clue what could and could not be recycled. I was unaware that all the small numbers in a triangle on recyclable items meant something. The numbers one through seven each indicate the type of material and and whether or not it can be recycled. Seven is the least recyclable, and 1 is the most recyclable.

It is difficult to stop acknowledging the recyclability of items after being introduced to the numerical meanings. If manufacturers are placing these indicators on recyclable items, we could at least make an effort to do our part.

Education is crucial to recycling. Before I understood how to recycle, if I saw a recycling bin in sight when I needed to throw something away, panic set it. I was unsure if I could throw away my item in the recycling bin and was fearful of ruining other containers in the bin by contamination.

My realizations sparked further questions on the derivation of recycling. Americans were not always so wasteful. There was a point in time where resources were scarce. Who thought it was a good idea to have plastic bags in grocery stores? Each year, over 100 billion plastic bags are consumed in the U.S. alone. This is a problem that, in hindsight, could have been prevented.

A problem with humans is our struggle to initiate change. It is comfortable to continue with social normalcy. Individuals can begin making a change now, but a long-term change must be associated with future generations to prevent further damage.

Progressive Northern states such as California, New York, Washington, and Maine are working to educate others about the importance of recycling. This action needs to be adopted by additional Southern states that lack a strong progressive influence.

The primary difference between these challenges is the development and significance of recycling in areas. These two aspects work in correlation with one another. If recycling proves to be an important project in a society, the community will put forth a conscious effort into recycling leading to further development.

Society must support the change to make a difference. It was not until my international relations class spent a week discussing environmental changes that I finally understood what specialists meant by climate change. I was shocked at what all I did not know about the environment.

For years, I was shielded from the idea of global warming. The idea that the Earth is quickly reaching a point of no return never occurred to me. My obliviousness is a consequence of my educational experiences. School teachers failed to express concern for the environment, thus failing to educate a future generation.

Reduce, reuse, and recycle are three actions that lead to sustainability. Recycling is only one part of reducing waste. Drinking out of reusable water bottles, using napkins and dishtowels, and purchasing already recycled materials are simple ways to eliminate waste.

Damage has already been inflicted upon the Earth. However, the environment can benefit exponentially through conscious decisions to reduce, reuse, and recycle.