In the past, most homes in the South reached for the shabby chic/farmhouse vibe. For some clients, this is still highly sought after, but for the most part, this trend is still referenced, but no longer at its peak of popularity. Today, people combine several styles into one that says chic, clean, preppy, modern, coastal, traditional, and the farmhouse sink.

Rooms look fresh and modern, but have a gentile Southern twist. One interior designers I spoke with said color palettes have made a gradual shift from light to dark as you move from the Gulf Coast towards Tennessee. She further explained that most houses between coastal regions to around Jackson, Mississippi and Mountainbrook, Alabama usually go with soft neutral tones in their decorating with white as a foundation color. 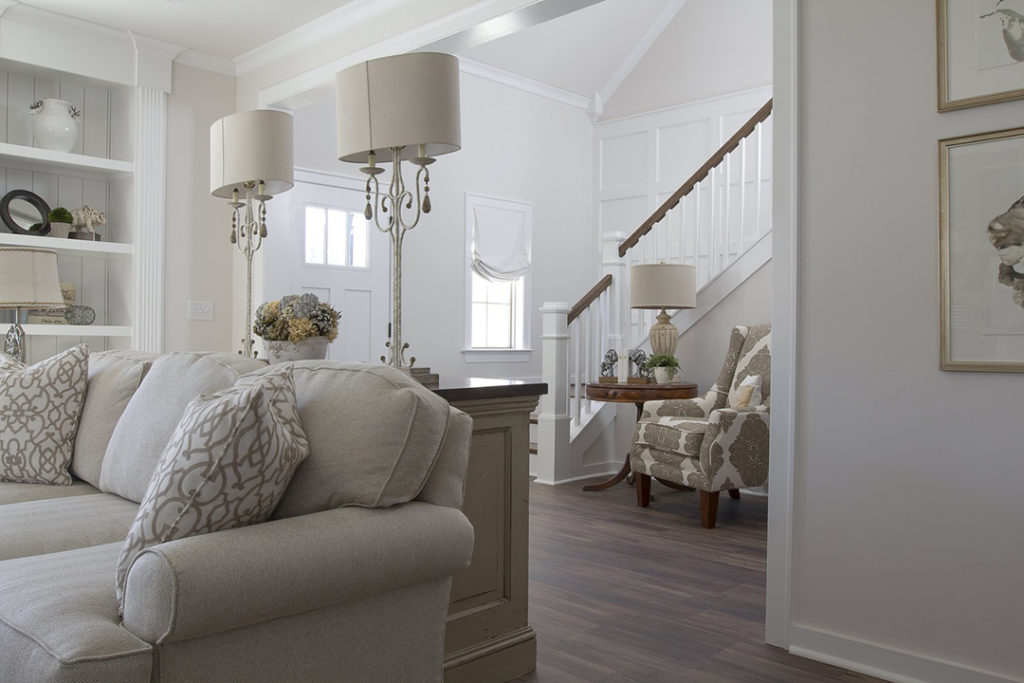 From these areas up to Memphis and further north/northeast, the color tones become darker. Choices, such as mahogany wood accents instead of teakwood begin to appear, and you see more colored wall paint than stark white. This has been the general way of things for many years, she said, though she sees many clients who go for lighter tones seen in coastal areas. The look screams clean, fresh, nice, and new (even if it is not). For a person like me who loves things from every style possible, it is helpful to follow neutral tones because it forces you to limit all décor-related decisions during times of purchasing.

Elements like the fireplace, rug, and lighting all have a shabby chic style. The seating is centered around the coastal look derived from a rustic French traditional style. People often add modern touches, such as an acrylic coffee table, white ceramic garden stool, and a sleek curtain rod.

Combining all the aforementioned sounds a bit scattered and unorganized, but the style can be beautifully executed by sticking to a lovely neutral color palette and choosing one or two contrasting colors to add dimension, such as blue and charcoal.

According to another interior designer, there are many eclectic elements seen in interior styling today. Making a space diverse is not about just throwing random things you like together. Instead, it is finding a sense of cohesion between the pieces that have been thoughtfully placed together in their design. This is particularly important in today’s trending styles because it is mixing designs from varying eras together into one room so it can quickly look misplaced if not executed properly. 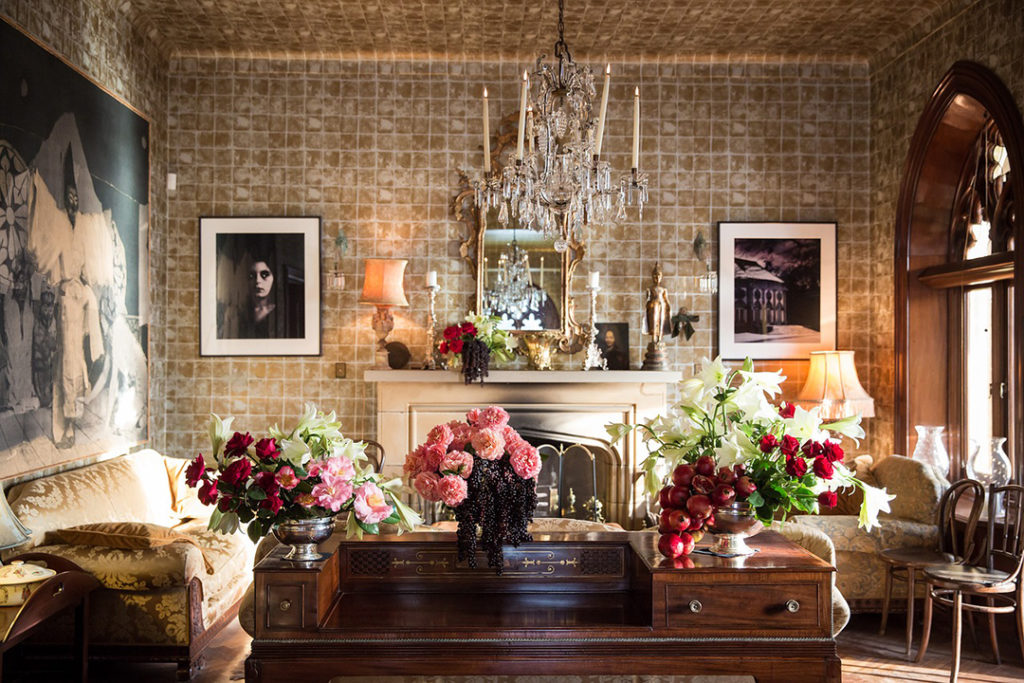 Many designers try to incorporate the old with the new in ways such as repainting antique pieces or reupholstering old furniture, giving it a fresh modern look. “Southerner’s love stories,” said Lisa Palmer of SummerHouse Interior Design. “Southerners have great stories, and antiques tell a story.”

Southern people love remembering their heritage. My designers in the South add modern touches, but for the most part, steer clear from heavy modern influences that might be found in places such as Los Angeles or Seattle.

Overall, the most essential element of interior design in Southern homes is visual balance. This applies across the board, but when combing the old and new, it takes on a more significant role. If you are thinking about freshening up your space, remember that balance is key and decluttering is a great start.