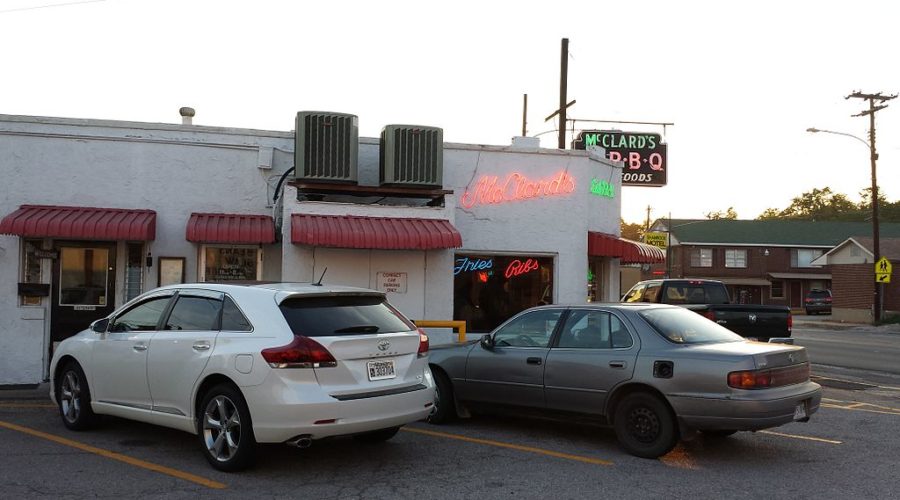 Hot Springs, Arkansas – the home of Oaklawn race tracks and the famous bathhouses used by many of the rich and famous mid-20th century. People have been coming to this small, eclectic town for decades to shop, tour the hot springs, and visit the horse track.

After the races are over, people pour out of the track looking for good, wholesome food. One of the most popular restaurants is McClard’s Bar-B-Que Restaurant.

After spending time at the race tracks, I recently found myself driving down Albert Pike, and I pulled off the road when I smelled barbecue smoke. It was as if the smoke had pillowed its way through the window of my car. 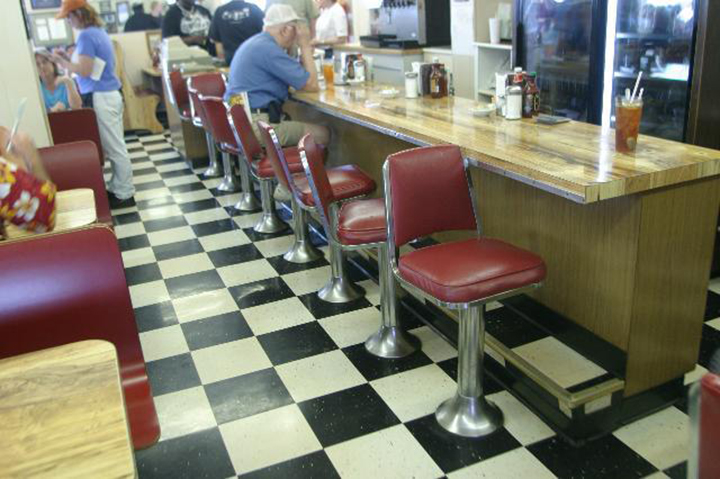 I walked in McClard’s and was greeted with a sense of familiarity. I knew I had never been there before, but the ambiance was so inviting. They were known for their goat dish when the restaurant first opened, but the owners have since removed this popular item from the menu.

I ordered my go-to, a barbecue pork sandwich with coleslaw. While waiting for the food, I spoke to the restaurant owner about its history. Scott McClard runs the restaurant now, but his great-grandparents originally ran the eatery. Alex and Gladys McClard ran a small hotel for tourists. They also had a gas station and a quaint diner on the side of the building. Their best seller was barbecued goat.

Scott McClard said one of the travelers who had stayed the night didn’t have enough money to pay the fare for the room, but he did have a secret barbecue sauce he was willing to trade. This barbecue sauce is the same sauce used today and sold in grocery stores across the nation. 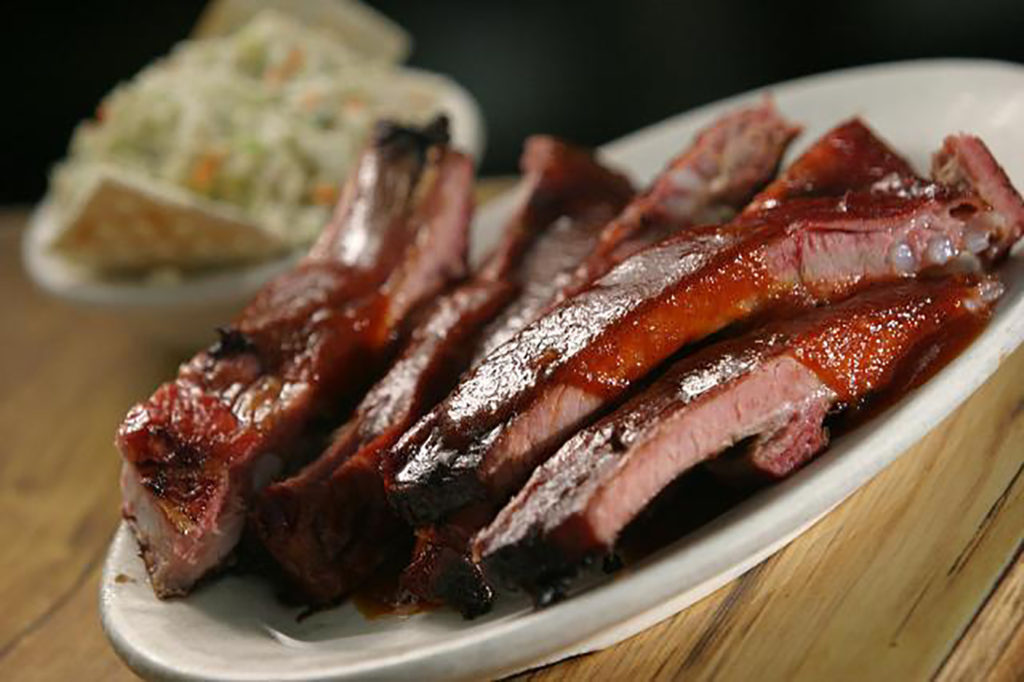 Scott McClard is a 4th generation family member running the restaurant, and he said he’s honored to continue the legacy of his grandparents’. After hearing his story, I wanted to learn more about the history of this iconic rest stop.

When the restaurant was becoming popular, it started as a carhop service. Customers ordered from their cars, and carhops hung trays of food on the window sills. In modern times, McClard’s is still in a small diner setting.

At first glance, the sandwich I ordered was large enough for two people to share. In popular Arkansas fashion, the barbecue sandwich was not pulled pork, but chopped pork. This style is very different from the way most pork sandwiches are served in the South. The meat blended well with the homemade coleslaw served on top. The sauce was tangy and sweet with a kick. It confuses the taste buds in a most favorable way.

The plate was cleared almost as fast as it was put on the table. The restaurant was packed, and every customer was silent except for the sounds of people eating. 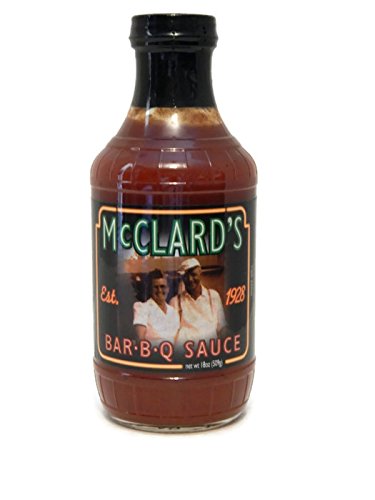 The family restaurant makes all food in-house. Each week, they serve 7,000 pounds of meat, 250 gallons of beans and coleslaw each, 3,000 tamales, and 3,000 pounds of fresh cut french fries. Customers can also order ribs, sandwiches, burgers, tamale plates and dessert. They also sell their own barbecue sauce.

Former President Bill Clinton grew up eating McClard’s, according to The Encyclopedia of Arkansas History and Culture.

To check out the restaurant’s full menu, click here.