Putting on a seatbelt has become a habit for some over the years, but others have become desensitized by warnings and never faced a situation in which a seatbelt was needed.

This changed for me when I was involved in a serious car accident two years ago, and I am a living example of why wearing a seatbelt in a vehicle is necessary and could potentially save a life.

Growing up watching the news, I always had a heavy heart for those who were involved in car accidents. However, I never thought I’d be in a similar situation. That changed on the night of April 22, 2017. A fun movie night with girlfriends was quickly interrupted.

My best friend, Sophia, and I left our girl’s night because we were tired and our curfews were nearing. We said goodbye to our friends and buckled ourselves up in her Nissan Xterra.

With Sophia driving and me as the passenger, we turned on our favorite One Direction song and proceeded towards my house. Our car ride included giggling, reflections about our night, singing along to the radio, and the obvious expectation we would both make it home safely.

Sophia and I approached a red light at an intersection only minutes from my house. Our light turned green, and we drove through it. Seconds later, our night went from harmony to chaos. A smaller car ran the red light, smashing into Sophia’s Xterra on my side.

The driver hit Sophia’s car so hard it caused it to make a complete roll, then flipped on top of a different car waiting at the intersection. There Sophia and I hung upside down, confused and completely speechless. Our seatbelts were the reason we were in one piece. 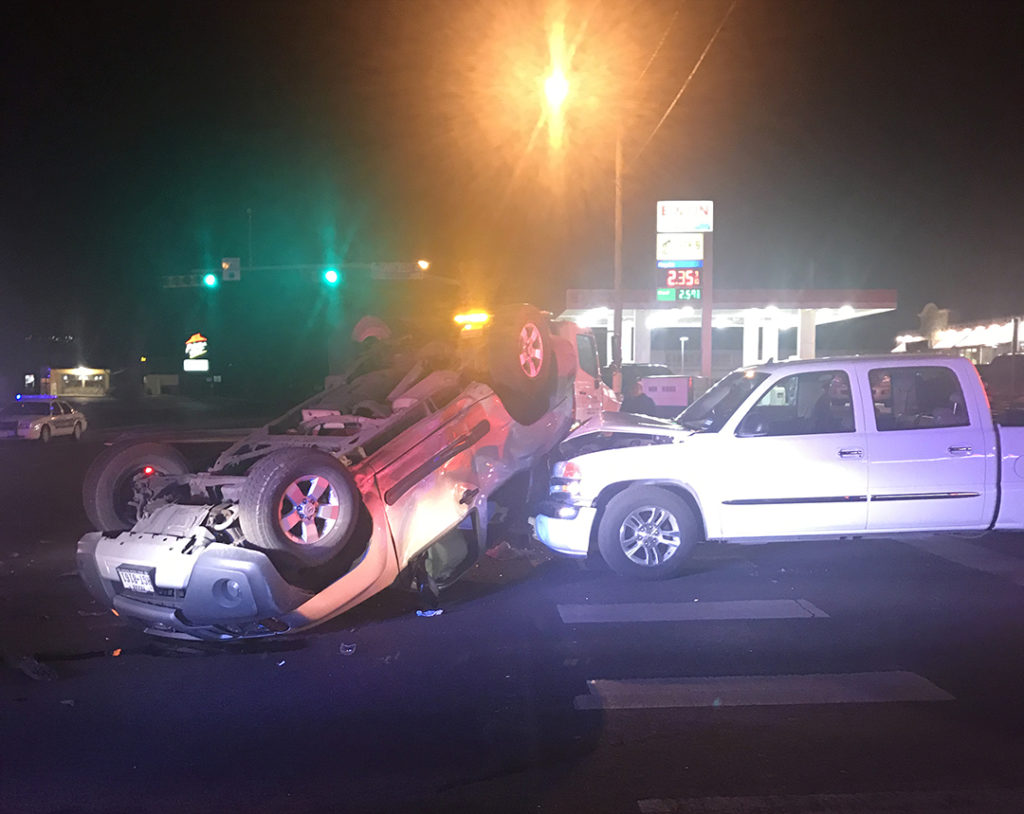 A bystander quickly approached Sophia’s car with caution expecting to find bodies. To his surprise, Sophia and I were assembled normally. He guided us out of the car through the shattered windows.

When we climbed out, we were astonished by the crash scene. Witnesses rushed to the location, rejoicing about our safety. One even said she didn’t know how we survived.

Firetrucks and ambulances surrounded the scene, shocked to find no fatalities or serious injuries. Sophia and I only had a few scratches and a minor headache.

I don’t think I fully comprehended what had happened to Sophia and I until days after. Never did I imagine I would experience such a situation with no critical consequences. I credit the seat belt for protecting us.

Seat belt laws are divided into two categories: primary and secondary. With primary seat belt laws, law enforcement officers can ticket a driver or passenger for not wearing a seat belt without any other traffic offense taking place.

Under secondary seatbelt laws, law enforcement officers may issue a ticket for not wearing a seatbelt only when there is another citable traffic infraction.

The Governor’s Highway Safety Association reports that 34 states, including all Southern states, have primary seatbelt laws that vary regarding what seat is covered, the age of the seat occupant, and the maximum fine for a first offense.

While some of these states can issue citations if children as young as 6 are not buckled up, others have laws that apply to those 18 or older. These regulations apply to drivers and passengers in all seats in most Southern states except Arkansas and Florida.

Those states only have a primary seatbelt law for front seat occupants. Georgia’s law applies to front seat passengers over 18, and all passengers under 18. Fines range from a $10 first offense in Michigan to $200 for a driver in Texas. A .pdf of all state seatbelt laws can be found here.

As a child, I would sometimes roll my eyes when I was told by my mom to put on my seatbelt. It was not that I did not want to wear it, but I was annoyed by being told repeatedly to do so.

If Sophia and I had not been wearing our seatbelts the night of our crash, neither of us would be alive today. I will be emphasizing this rule with my children and anyone else who needs to hear it for the rest of my life.

We are not promised tomorrow, but you can take precautions by wearing your seatbelt. Believe me when I say no human is invincible, and you do not want to learn that the hard way.

When You Drink Coca-Cola, Think Of Its ...