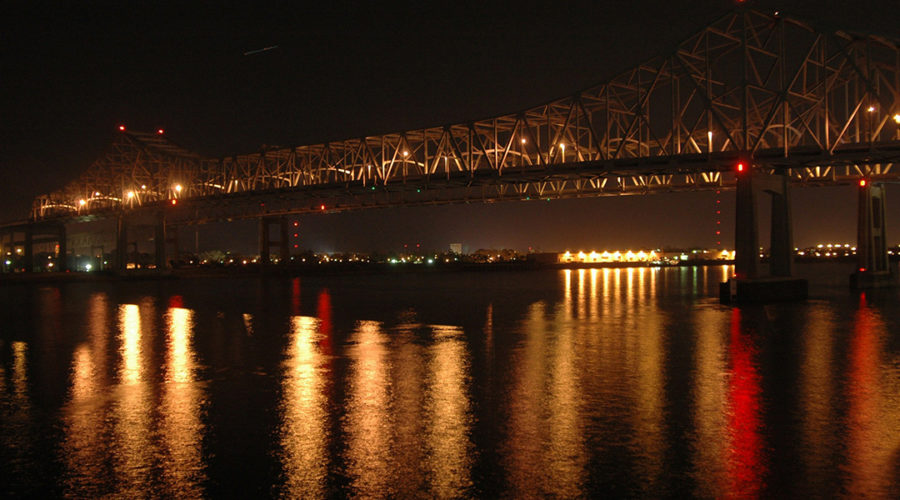 How A Chicago Native Fell In Love With New Orleans

At a young age, I was lucky to move down South to Texas. Coming from Chicago, this was a big change – the food, people, and especially the places. After many adventures throughout the South, one place has stood out above all others – New Orleans. The things you can do and find in this city are endless.

The first time I visited “The Big Easy,” I learned there is a lot of history locals take pride in, but few tourists know about. According the New Orleans official website, the locals believe that, “Mardi Gras is so much more special when you understand what you’re celebrating and what each tradition means to the generations of parade-goers who have stood on parade routes before you.”

Each parade is much more than floats and beads. These processions represent heritage and traditions for people who have participated in Mardis Gras events for generations. When I attended last year, I was fortunate to stand next to an older person with many stories to share. We were watching the Krewe of Tucks parade that has been marching since 1969. According to the official organization, the parade was started by a group of Loyola college students and grew. 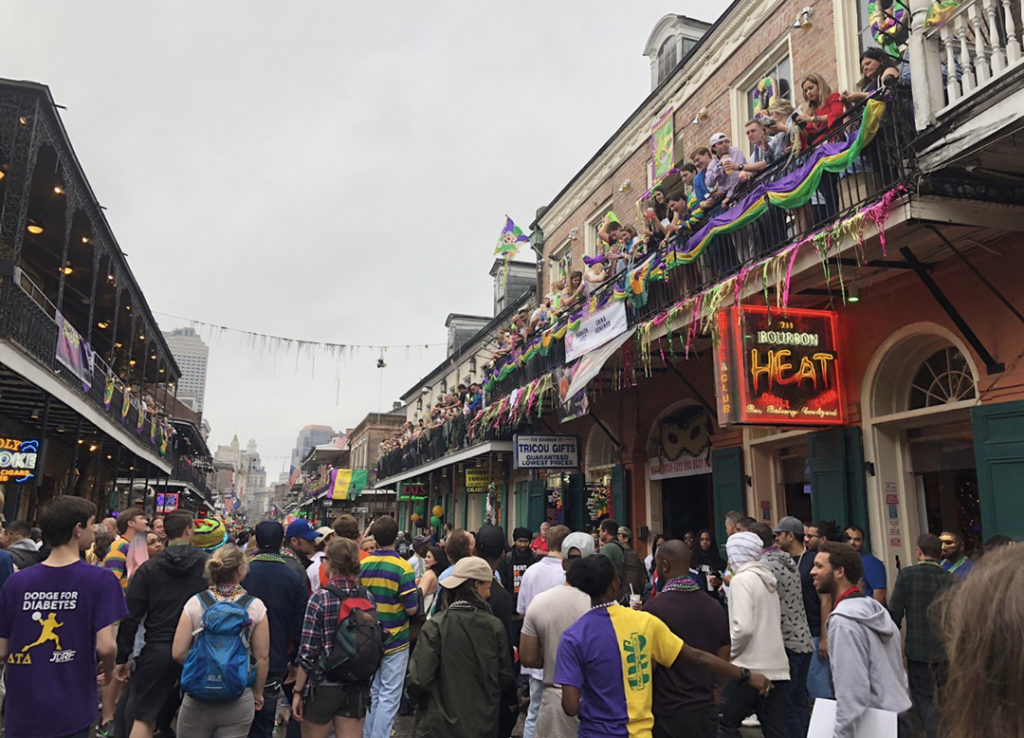 The lady began showing me old photos she had on her phone of herself when she was a member of the Krewe and rode in the parade. When the Tucks parade was over, she teared up, which really showed me how deep the Mardis Gras celebration runs in the community. She recommended that I venture to the city’s best Creole restaurants.

Food in New Orleans is incomparable. American Heritage magazine cleverly deemed New Orleans, Louisiana the “melting pot of food” during the 17th century. The Creole cuisine includes French, Spanish, and European cooking techniques that came together during various claims over territory before the United States finally purchased the land.

Some of the best places to taste this blend are The Commander’s Place, Brennan’s, and New Orleans Creole Cookery. Try the gumbo at all three locations.

Another iconic food you must try are beignets from Cafe Du Monde. The first store opened in 1862 in the French Market, and they now have locations throughout Louisiana. A beignet is fried dough coated in powdered sugar, and it will honestly change your life. They are served in threes and paired with a cup of Cafe Du Monde’s chicory coffee, the fuel you’ll need for your day of adventure. 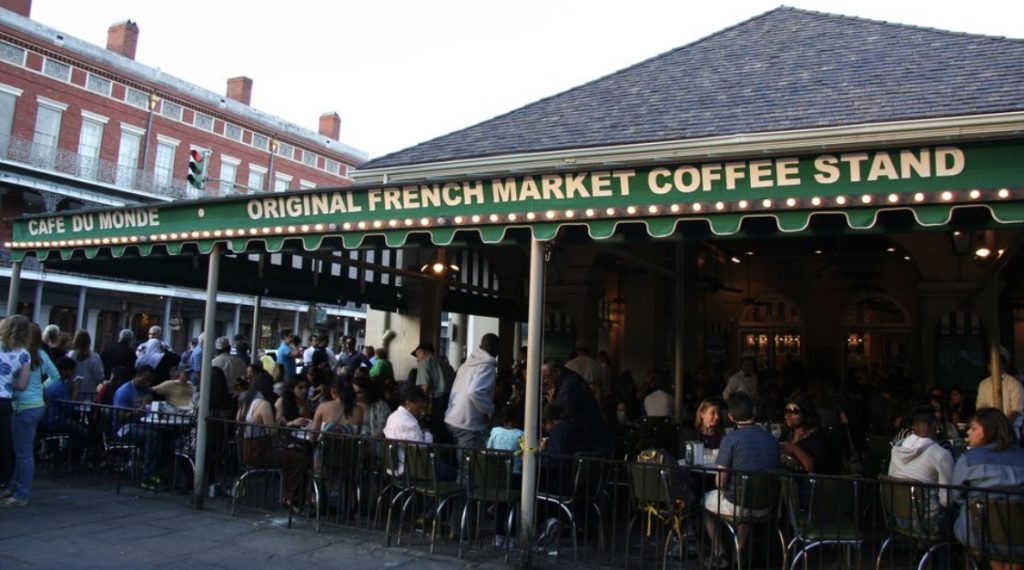 To have the best possible experience while visiting New Orleans, choose lodging wisely. Walking is the main form of transportation inside the city, so choose a place that compliments what you want to do most. 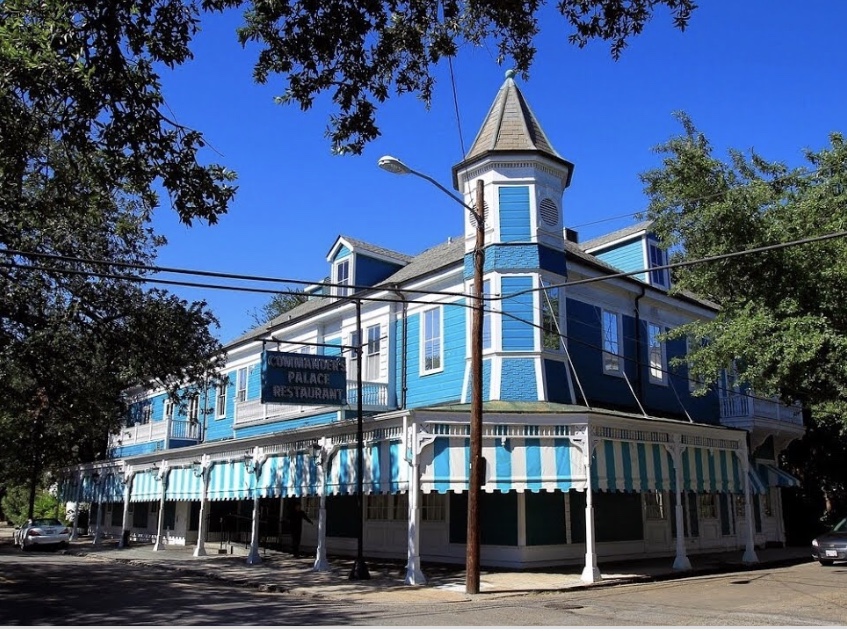 If you want a luxurious get-away that provides a great New Orleans feel at a reasonable in price, stay at the Windsor Court Hotel. This is not the cheapest option, but it won’t  disappoint. With jazz music five times a week, even more authentic Creole food in house, and a great location right by Bourbon Street, it’s hard to find a better place to stay.

My favorite trip to New Orleans was during Mardis Gras last year, and I stayed at the Hilton Doubletree on Canal Street at the end of the popular road. It wasn’t overcrowded, but you are only two blocks from all of the action. The highlight of this hotel is the rooftop bar and lounge, an ideal place to watch the beautiful parades from afar.

Wherever you stay, you are bound for a wonderful experience. New Orleans has more to offer daily to the people who come to explore. The city has been my favorite place to explore consistently, and serves as a great example of why the South is such an amazing place to live.

Naples Is A Beach Oasis With Wildlife ...

Sports Is Family Affair When Your Cousin ...