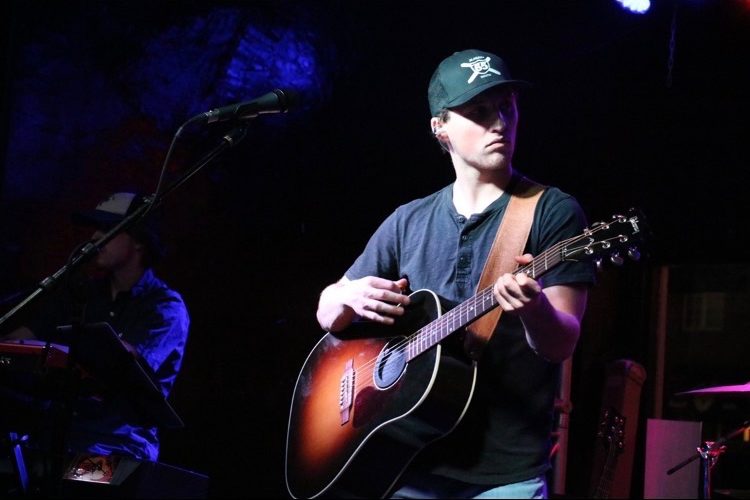 With a population of 4,000, Haleyville, Alabama is infamously known as being the home of the first 911 call.

Most people couldn’t pinpoint it on a mpa, but would understand if you told them it was close to Florence, Alabama.

Haleyville native Reid Haughton is a rising country singer and songwriter who plays guitar and sings. Haughton, who has studied at Auburn University, spends most of his time writing songs and performing at venues around the state.

“I don’t think I ever really realized that I wanted to make a career out of singing and songwriting,” he said. “At a certain point, I realized that it was a possibility…so I decided to chase those dreams.”

Haughton recently signed a deal with 65 South, a recording label known for bringing fame to country singers, such as Riley Green and Muscadine Bloodline. “They put me in shows to open up for people who are much bigger than me and have huge record deals,” he said. “They help me book shows and really just get my name out there.”

When Houghton played at an Auburn bar called Bourbon, the owner introduced him to 65 South leaders.

Jenny Haughton, Reid’s mother, said Haleyville residents have supported him, and that’s why he has found success. “This town, his friends and family believed in him from the start, and in turn, he now believes in himself,” she said. “Auburn has been just as gracious as Haleyville. To see his name on billboards when I drive into Auburn on Friday afternoons in the fall for football is so surreal.”

Jenny Haughton said her son wanted to be a cook when he was younger, although Reid doesn’t remember that goal. “I just remember wanting to be a rockstar,” he said. “I wanted to be like Slash from Guns & Roses… to head bang and play rock music. It didn’t take me very long to realize that people would much rather listen to me sing and play the guitar, so that’s what I decided to do.”

He was around 8 when he began playing guitar, and at age 10, his guitar teacher asked him to begin singing. Lifelong best friend and former church band member, Brady Sherrill, said the two organized backyard “concerts” for their families growing up. “We had our own little band,” he said. “It is such a good experience to look back on now that Reid has actually made a big name for himself.”

A few years after the backyard concerts, Haughton began creating music and performing solo. His first performance was during intermission of the 5th grade elementary school beauty pageant in front of hundreds. He performed at church each Sunday and sometimes at other school events.

Today, he writes about experiences. “People listen to things that are relatable,” he said, adding that his biggest goal is making that connection with his audience.

Haughton uses social media to promote his performances and has around 11,000 Instagram followers. His mother said faith has also played a role in his accomplishments.

“Every time he has a big show, we talk the next morning, and I always remind him to thank the Lord for his gifts and talents,” she said. “Haleyville and Auburn are great, but the Lord we serve is greater, and he would have no success without his firm trust in the Lord.”

Family friend, Joel Sherrill, is often credited with introducing Reid to the guitar. “I think coming from a small town has really helped Reid when it comes to writing his music,” Sherril said. “He has a better story to tell, because he knows what it is like to live in the small town every country music artist tries to capture.”