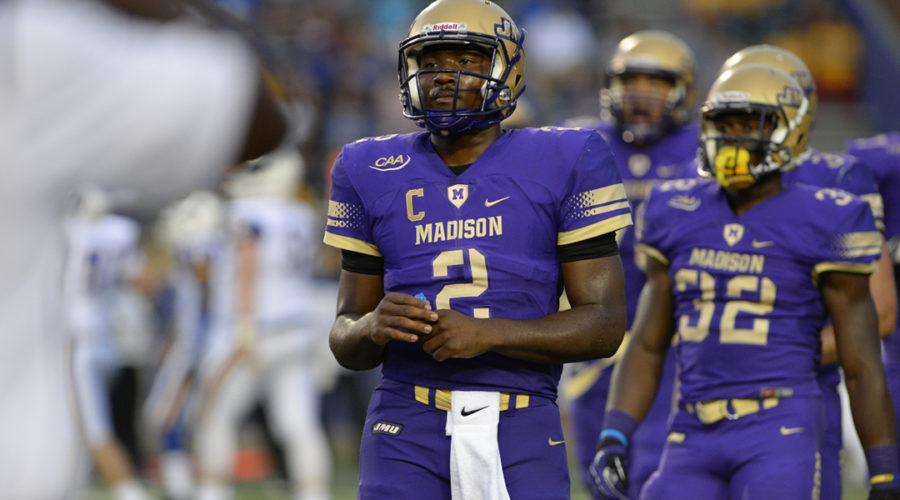 Every boy dreams of growing up to become a professional quarterback, but the reality is less than one percent of America’s population ever attains that goal.  Finding any man who has played quarterback professionally is like discovering gold in your backyard. Vad Lee has accomplished this and continues to chase the dream at the highest level.

Lavaedeay “Vad” Lee was born April 27th, 1993 in Durham, North Carolina, or “Bull City” as many Durham natives like to call it. Growing up, Lee’s interest in football was sparked by watching his older brother Dominique play. He also lived right behind the local team’s practice field and watched practice every day after school until he was old enough to play.

Once Lee stepped onto the practice field at age 5, he was asked to play defensive end and running back. It wasn’t until the 7th grade when Lee’s coach tried him as quarterback, and he never looked back. By the end of his sophomore season of high school, Duke University offered Lee his first college scholarship. “It was a big deal to add to the legacy of my high school’s rich tradition of athletes who had gone on to play Division 1 sports,” Lee said.

He started three years at Hillside High School on the varsity level while leading his team to a state championship victory his senior season. By the end of Lee’s high school career, he had racked up eight Division 1 scholarship offers and committed to Georgia Tech University. “Georgia Tech did a great job of recruiting me,” he said. “They really made it appealing to be in a big city like Atlanta, and I also wanted to venture out and see what life was like outside of North Carolina.”

Lee spent three seasons at Georgia Tech and began to see a much playing time in his red-shirt freshman campaign. Late in the season, Lee entered the game in the first quarter with Georgia Tech trailing North Carolina 14-7. Lee led his team to a 68-50 victory over the Tarheels that day, which set a record for the most combined points to ever be scored in an Atlantic Coastal Conference game.

By the start of 2013 and Lee’s red-shirt sophomore season, he was named Georgia Tech’s starting quarterback. He amassed over 2,000 yards and close to 20 touchdowns, leading Tech to a 7-6 record and a bowl game in the 2013 season. Though Lee had a great season, he decided to transfer to James Madison to master the quarterback position.

“I believed it was my best chance to develop as a true quarterback,” he said. “Sometimes you gotta make a selfish choice in deciding what’s best for you. You are the CEO of your own business as a football player.”

Many saw the decision to transfer as questionable, but Lee drowned out the negativity and proved them wrong. In the 2014 season, Lee led James Madison to a 9-3 record pushing them into the Football Championship Subdivision (FCS or Division 1 double A) playoffs.

Lee was awarded Conference Player of the Week three times, along with being named to the Walter Payton Award watch list (awarded to the best player of the season at the Division 1 double A level), which Lee placed 4th in the voting for. Lee would eventually win the Dudley Award, after being named the best college football player in the state of Virginia for the 2014 season.

Before the start of the 2015 season, Lee was named to the STATS FCS Offensive Player of the Year watchlist after his incredible 2014 campaign. Lee led the Dukes to seven straight wins to begin the season, along with a record-breaking performance in an underdog victory over Southern Methodist University, where Lee became the first player in Division 1 history to pass and rush for at least 275 yards each in one game, with that record still in place today.

Lee’s 2015 season looked promising, and he was already receiving heavy interests from the NFL, though Lee would suffer a Lisfranc injury in his foot halfway through the year causing him to miss the remainder of the season.

Although the injury was a crushing blow, Lee did just what he set out to after transferring to James Madison. He became a true quarterback passing for a total of 5,652 yards, 51 touchdowns, and completing 64 percent of his throws in just two seasons at James Madison. Not to mention, he still ran for over 1,500 yards and 17 touchdowns.

Although Lee’s college stats were mind-boggling, he was in a tough spot, as Lee’s expected recovery time was seven months, while the NFL combine was just 16 weeks away. Lee was unable to attend the combine and went undrafted. “I never really thought my football career was over, but because of life and demands, it was important for me to start a career for my family,” he said.

Lee began working as a football coach at his former high school in 2016, when he got a call from the Canadian Football League asking if he was interested in playing again. Lee was on the next flight to Canada and signed with the Saskatchewan Roughriders, though his time as a pro didn’t go as planned. Lee saw a limited role in Canada and decided to come back to the states after two months. “I felt I had lost a step from the injury and wasn’t able to compete to my highest ability,” he said. 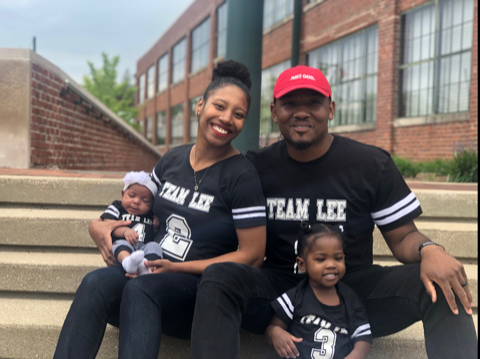 Shortly after his return from Canada, Lee married Khayla Ray in January of 2017. Lee’s first child, Saraiah, was born June 24, 2017, and his second daughter, Sinaiah, came in March of 2019. Lee has become a true family man and devoted his life to serving others. He accepted a position as the Indiana University Football team chaplin in the summer of 2018. “Being able to pour into individuals, and help them out at whatever stage they are in life, was a blessing,” Lee said.

One player Lee mentored throughout the years was former Vanderbilt and Rice University quarterback, Shawn Stankavage. “Vad has had a huge influence on my life,” he said. “Going from idolizing him in high school to training together in college was remarkably impactful. The ability to have a guy like Vad in my life has been extremely special.”

Lee was loving his new job and life in Indiana, when he got an interesting call from his agent. “My agent contacted me saying there’s a football opportunity in the Your Call Football League if you want it,” he said. “I saw that as an opportunity to prove to others and myself that I still had some football left in me.”

The Your Call Football League is a new professional football organization where, for the first time ever, fans call the plays. Sounds crazy, but fans download the Your Call Football app and have a choice of three different play-calls they can choose from. The play with the largest percentage chosen is the play the offense runs 20 seconds later. This is real life Madden Football.

With fans calling the plays instead of coaches, Lee balled out. He started every game and has sparked some interest in the new football league starting next February, the XFL. “My end goal in my football career is to give somebody else hope,” Lee said. “I want to prove to the world that I can play this game for a long time at the highest level.”

Lee may play in the XFL next February, and could potentially be on an NFL roster just months after that. But Lee is more than a football player. He is a father, husband, brother, son, teammate, mentor, and a child of God. Regardless of what happens, Lee accomplished his dream of playing big time college football and pro football, while impacting many lives along the way.