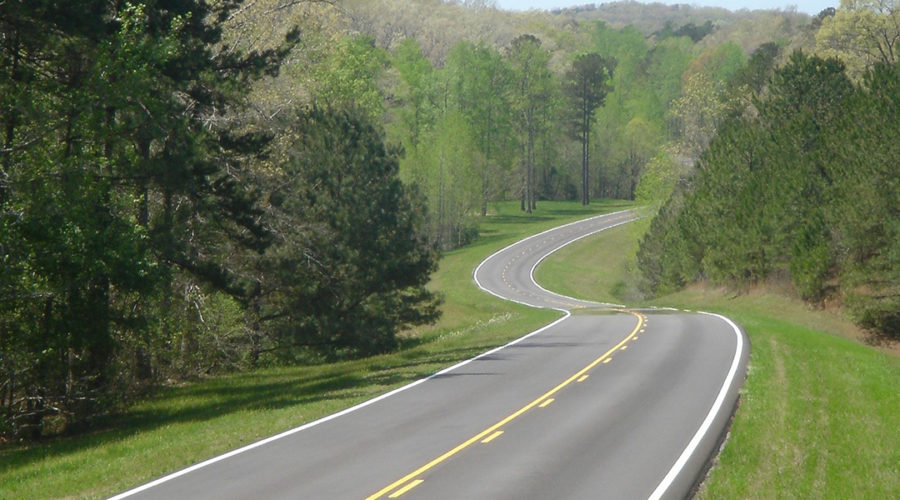 Despite recent Census Bureau statistics that show an influx of people migrating to the South from other regions, brain drain remains an issue, and Mississippi has been one of the top states that the young, well-educated are leaving.  A lagging economy and lack of funding for vital programs has forced many college graduates out of the state. The more education a person receives, the less likely they are to live in Mississippi.

This means that for every person earning a four-year or higher degree at a Mississippi institution of higher learning, the state has a smaller number who actually enter the state’s workforce. This has created a long-term effect on Mississippi’s economic development and quality of life.

“Arkansas has a thriving state capitol in Little Rock, Tennessee has Nashville, and Birmingham is doing just fine in Alabama,” he said, “but Mississippi’s largest city would be a suburb in other states, so Mississippi just does not generate the economic output to draw large populations of young workers. The problem definitely starts with education, but finishes with a legislature that does not adequately address education or economic development. More specifically, they address 21st century economic development with 20th century tools.”

King explained how the state could create a profitable business and industry environments beyond vocational jobs. “We need to invest in much more science and math education at the primary school level,” he said. “We also need to invest far more in the eight Institutions of Higher Learning and raise taxes to generate more public investments. A lot of capitalists would be surprised to learn how much the private sector can be helped along by public investments.”

King believes legislators spend too much time on social issues and too little time on economic development. “Poor leadership is endemic,” he said. “You don’t get to 50th by accident. The fixes are not rocket science. Ask yourself, why doesn’t the state change? It’s simple. The ‘haves’ in Mississippi have it real good. They’re not interested in changing that status quo.”

Jay Hughes, a current member of the Mississippi House of Representatives and candidate for the lieutenant governor race, agrees legislators focus too much on social issues and deny the state’s economic reality. “Mississippi is an island of its own,” said Jay Hughes. “We pass too many social bills that present that people are not welcome here. The political elite uses social issues as a wedge to stay in power.”

Hughes said Mississippi can change its image from within through the next generation, and moving away from denying the current status of the state, would help the state move forward. “We must focus on legislation that improves education, provides opportunities for the skilled workforce and builds up Mississippi cities through proper funding,” he said.

Some educated millennials from Mississippi agree. “I think it is a multitude of things that have stockpiled on top of each other that make living in Mississippi not attractive for a lot of young professionals coming straight out of some type of furthered education,” said Caroline Barrett, a Brandon native who now lives in Irving, Texas, and is working as a credit manager. “I think the strong conservative politics plays a role. I think the lack of updated infrastructure plays a role. I think the lack of education and funding put back into the education system to make it better plays a role.

“I think the still blatant racism in some of the older generation plays a role. I think the lack of a major airport even plays a role. I also think there are things about Mississippi that I know I don’t like that aren’t even Mississippi’s fault – humidity, hurricanes, location in the country in relation to easy-to-travel to large cities – that just make Mississippi unattractive to live in. There are so many things, and I could go on, that I specifically think contribute to the brain drain and to Mississippi in general. No, not every other state does some of these things perfectly, but they also are not having as many young professionals leaving year after year.”

Barrett said she left because there are more job opportunities and higher salaries outside of Mississippi, whether it’s more jobs in a specific job field or more companies outside the state that can offer jobs Mississippi cannot.

“Why not leave if you get an opportunity to do something you want and get paid what you deserve,” Barrett said. “I genuinely did not want to stay in Mississippi for the rest of my life either for many reasons, such as our slowed response to culture and politics, the poverty, and even the school systems. I think once the younger hopefuls can reside in government offices, there can be change that so many states have already done about 10-15 years back. A lot of people talk about how Mississippi is about 25 years behind the rest of the country, and I would strongly agree with this in accordance with probably some other deep South states.”

Jordan Richardson moved from Rankin County to Madison, Wisconsin to pursue higher education. He wanted to observe outside perspectives and pursue a job opportunity he received outside of the state.

“Being an educated millennial living in a different state, people are surprised when you are from Mississippi,” he said. “I think people are voting with their feet and fed up with 50th. I question the system. We need to recruit the best. We cannot do that because Mississippi does not provide opportunities, and autonomy in the classrooms for teachers as well as the school are underfunded.”

Richardson said Mississippians do not ask “why” enough. “The next generation must have a greater willingness to not comply to blind traditions and stereotypes,” he said. “We must ask, ‘Is this the best way to do it?'”

He said it is okay for graduates to leave to the state because, “You cannot promote progress if you do not experience progress,” he said. “We must stop wallowing in our problems and see what other states are doing differently.”

Caroline Goodwin said she left Mississippi when the state began to show its true colors regarding politics, diversity, education, and other areas. “The more I began to watch what occurred in my state, the more I realized I did not agree with it,” she said. “Not to mention, there are no jobs available for new college graduates if they plan to excel.”

Goodwin is originally from Booneville, Mississippi and now lives in Memphis and works as a marketing project manager in the fashion and apparel industry. She agrees that brain drain is a Mississippi-only problem and would encourage millennials and Generation Z to pay attention to who you elect and educate yourselves about your local officials. “Going into the senate race earlier this year, the brain drain was one of my top issues when educating myself on candidates,” she said, “mainly because, it’s real and it’s an epidemic.”

Andy Harper, Ph.D., director of the Southern Documentary Project and an instructional assistant professor of Southern studies and journalism at the University of Mississippi, said he believes the first problem begins with education.

“Education will always be top of my list when it comes to our shortcomings,” he said. “And with the recent political attacks on public education in this state – attempts to redirect public education funding to private and charter schools, demoralizing or non-existent raises for teachers – I don’t see much chance of that getting better,” he said. “And since the overwhelming majority of Mississippi’s students go to public schools, there is the very real chance that the next generation of young professionals will stay away. There is no question that Mississippi’s poor educational outcomes have pushed potential high paying jobs to other states.”

Harper is originally from Mississippi, but pursued his doctorate in Arizona. “Mississippi won’t move forward until the next generation of policy-makers decides it’s time to do so,” said Harper. “The first thing we need to do is quit being defensive about the obvious truths that others lob at us. Mississippi is dead last in almost any measurable statistic. That doesn’t mean you wallow around in the negativity, but if you don’t confront the issues that make us last, there is no hope of fixing them. And if we don’t at least begin to address the most glaring problems, we will continue losing our best and brightest.”

Harper’s son attends college out of state. “I’ll tell him the same thing I tell students I teach here: Go out and save the world, but save some for Mississippi, because we need some saving too,” he said.